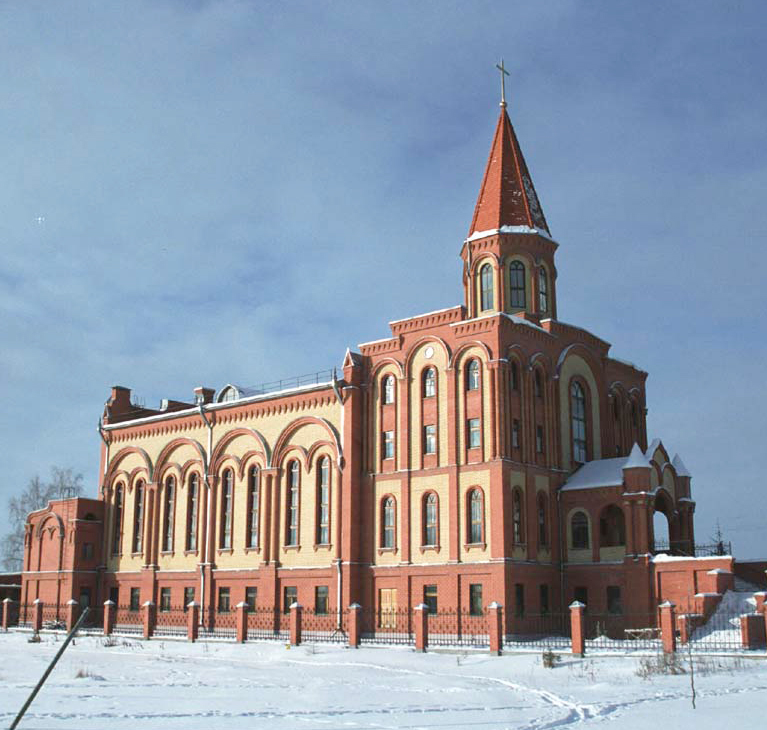 Slavic Gospel Association traces its founders’ vision and history to the 1920s and 30s and the city of Chicago, where we were founded by Rev. Peter Deyneka, an immigrant from Belarus (now an independent nation, but then a part of the Soviet Union). In the 1920s Peter traveled throughout the Soviet Union to share the gospel and encourage Bible-believing churches.

When Soviet dictator Josef Stalin intensified persecution of the churches in the early 1930s, it prevented Peter from traveling to his homeland to share the Gospel. Convinced that there were ways to help the churches from here, he and a small group of Chicago-area businessmen met in the back of Hedstrom’s Shoe Store and founded the Russian Gospel Association in 1934. It was later renamed the Slavic Gospel Association (SGA).

For many decades, SGA covertly distributed millions of Bibles and Christian books under the Iron Curtain into the hands of believers throughout the Soviet Union, while producing and broadcasting thousands of Christian radio programs over the Iron Curtain.

The first Russian language Bible institutes in the world were established to train the Russian immigrants in Toronto, Canada, Temperley, Argentina, and other parts of the world. The mission also had an extensive ministry to Russian-speaking refugees and immigrants living in various countries throughout the world.

Then, in 1989 — just two years after his passing — the Lord answered Rev. Deyneka’s lifetime prayers and brought the Iron Curtain crashing down — surprising the entire world. SGA leaders and missionaries immediately began to seize the unprecedented new opportunities for reaching the people of the former Soviet Union for the glory of Christ.

SGA has grown to become an international ministry with autonomous offices in Australia, New Zealand, Canada, and England.

Today, our mission works primarily in the former Soviet nations of Russia, Ukraine, Belarus, Georgia, Kazakhstan, Uzbekistan, Tajikistan, Turkmenistan, Azerbaijan, and Armenia. In addition, we sponsor Bible training for Russian churches in Israel, and assist there with training initiatives, conferences, and Russian-language publications.

Today we continue to faithfully share the Gospel, equip the church, and help the forgotten in Jesus’ name.

Rev. Peter Deyneka, our visionary founder, came to the United States from the former Soviet republic of Belarus at the age of 15. A few years later, Peter repented of his sins and trusted in Christ as Savior during a worship service at Chicago’s historic Moody Church during the pastorate of Dr. Paul Rader.

After his salvation and graduation from St. Paul Bible School in Minnesota, Peter returned to Chicago with an overwhelming burden to see his people won to Christ. In 1925, he went back to his homeland and began a lifetime of extensive ministry travels, sharing the Good News of salvation through Jesus Christ.

Throughout the Cold War era, Peter Deyneka traveled the globe holding prayer meetings, often overnight, encouraging the Lord’s people to pray for the opening of the Soviet Union for the preaching of the Gospel. His motto became, “Much prayer, much power. Little prayer, little power. No prayer, no power!”

Having poured out his life in service to the Lord, Peter Deyneka was called to his heavenly reward in 1987. 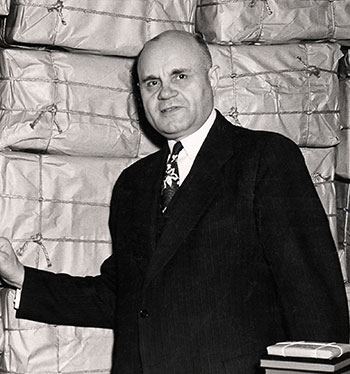