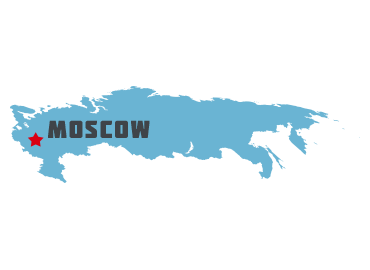 Population is heavily concentrated in the westernmost fifth of the country extending from the Baltic Sea, south to the Caspian Sea, and eastward parallel to the Kazakh border; elsewhere, sizeable pockets are isolated and generally found in the south

Modern Russia’s roots can be traced back to the 12th century when the Principality of Muscovy was founded. It emerged from more than 200 years of Mongol domination (13th-15th centuries) and to gradually conquer and absorb surrounding principalities.

In the early 17th century, a new Romanov Dynasty continued this policy of expansion across Siberia to the Pacific. Under Tsar Peter I (ruled 1682-1725), hegemony was extended to the Baltic Sea and the country was renamed the Russian Empire. During the 19th century, more territorial acquisitions were made in Europe and Asia.

Severe poverty, coupled with repeated devastating defeats of the Russian army in World War I led to widespread rioting in the major cities of the Russian Empire and to the overthrow in 1917 of the Romanov monarchy. The communists under Vladimir Lenin seized power soon after and formed the USSR. Josef Stalin (1928-53) strengthened communist rule and Russian dominance of the Soviet Union.

After defeating Germany in World War II as part of an alliance with the US (1941-1945), the USSR expanded its territory and influence in Eastern Europe and emerged as a global power. The Soviet economy and society stagnated in the decades following Stalin’s rule, until General Secretary Mikhail Gorbachev (1985-91) introduced glasnost (openness) and perestroika (restructuring) in an attempt to modernize communism. However, his initiatives inadvertently released forces that by December 1991 splintered the USSR into Russia and 14 other independent republics. Following economic and political turmoil during President Boris Yeltsin’s term (1991-99), Russia shifted toward a centralized state under the leadership of President Vladimir Putin (2000-2008, 2012-present).

SGA serves evangelical churches in Russia through sponsorship of missionary pastors, as well as biblical training through the Novosibirsk Biblical-Theological Seminary and church based training through our Antioch Initiative. Additionally, we support church-based youth ministry through Youth IN Ministry and children’s ministries through Orphans Reborn, summer camps, and Immanuel’s Child. Additionally we provide support through Compassion Ministry, and the provision of Russian-language Bibles and other Christian literature. 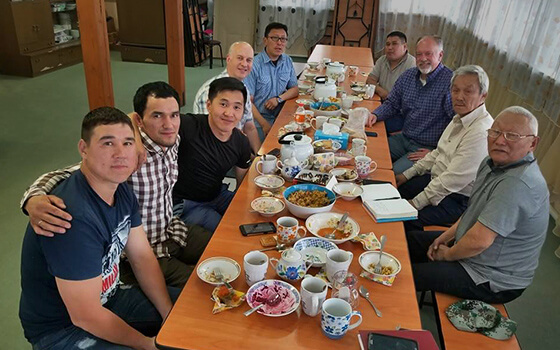 “WE NEED TO GO!” Young Believers Respond to the Desperate Need in Spiritually Desolate Villages

Eric MockVice President of Ministry Operations The vast, harsh landscape of Far East Russia contains hundreds of villages that have never heard of God, much less the Gospel. Miles upon miles can lie between these remote outposts of civilization, and some villages are only accessible by either air or by snowmobile when the rivers freeze over. The forbidding climate is not the only thing to consider. The people living in these villages are steeped in paganism of varying varieties. They offer vodka to the “gods of the river” for a good catch of fish or to the woods for a good hunt. Life there is truly harsh and hope is virtually non-existent. Yet the evangelical churches SGA serves hear the call of God—the same call expressed in the hearing of the Prophet Isaiah . . . Whom shall I send,